With its origin in India, yoga is an ancient tradition that remains popular even today. It is true that yoga is almost 5,000 years old, and yet it is widely practiced even today. It involves people focusing on a number of spiritual practices, such as breathing, meditation, exercise, lifestyle, and philosophy. Some of these are considered to be in existence since the Stone Age. However, it was in the late 1800s that yoga was introduced in the West, and that is when it truly hit its stride. Today, there are millions of people all over the globe who engage in yoga because of the benefits it offers.

On one end, yoga is renowned for the advantages it offers to your physical and mental health, and on the other, you will find that there are numerous myths and misconceptions about it. As a matter of fact, many people steer clear of yoga because they actually believe these misconceptions, which range from some wild ones to those that are completely unfounded. Who says you have to twist yourself into a pretzel for enjoying the benefits of yoga? It is time to put the rumors about this centuries-old practice to bed. Take a look at them below:

Yoga Is Only for Women

The first and most common misconception that exists about yoga is that it is only for women. This is a falsehood because, in the 1800s, the ruling Prince of India practiced yoga regularly. In addition, young boys were also taught yoga as a ‘workout’. Yoga is essentially focused on improving your strength and finding your balance, and there is nothing that makes this practice gender-specific. 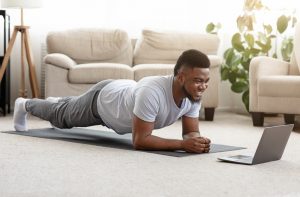 Yoga Is Just for Flexible Individuals

Another common myth associated with yoga is that you require a great deal of flexibility for engaging in yoga. The reality is that yoga is for everyone. After all, everyone cannot be super flexible, but this does not mean that they cannot do yoga. In fact, yoga is aimed at helping people improve their flexibility and strength, which makes it perfectly acceptable for you not to have it before. Just because you are not bendy from the get-go is not a reason for you to avoid it. Do not allow such misconceptions to prevent you from giving yoga a try.

Yoga Is Not a ‘Real’ Workout

This misconception about yoga was probably created by someone who had never engaged in this practice at all. In the last 200 years, it has evolved significantly, and modern yoga is now a combination of core engagement and physical strength. Anyone who does not consider this a real workout does not really know what a workout is. It is true that yoga does not involve traditional cardio or weight lifting, but it tests your balance, strength as well as coordination.

Yoga may actually drive you to use the muscles in your body that you do not use regularly and train them, which is undoubtedly a new challenge. Moreover, yoga is also helpful in exercising your mind, which means it focuses on your physical and also your mental strength. At the end of a standard yoga session that lasts for about 60 to 90 minutes, you will be sweaty, tired, and sore. That alone is proof enough that yoga is a workout. 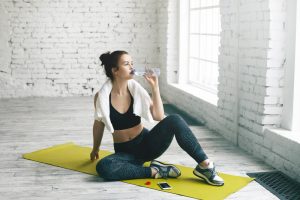 Yoga Is Only a Health Trend

A yoga misconception that has been around for quite a long time is that this practice is just another health trend that will fade eventually. It is a fact that yoga has become immensely popular in the last century, but this does not mean that it will fade away. There are many people out there who have adopted it as a lifelong pursuit, so they practice it regularly for growing, improving, and staying balanced. Furthermore, yoga has managed to survive for so long because it really works. This highlights that yoga is not a trend but is popular because it truly gives results.

Yoga Is Only for Religious People

Another old myth that exists about yoga, primarily because of misunderstanding, is that it is only for those who are religious. Yoga has been linked with Hinduism from its origin in India, but practicing yoga itself has nothing to do with religion. It might be a spiritual practice for some, yet it does not involve any deities or any other religious element. The translation of yoga is ‘union’, which essentially means the union of the mind and body. 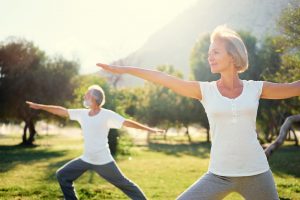 Yoga Is Better When It Is Difficult

There are some people out there who are hesitant in trying out yoga because they do not consider themselves strong or flexible enough to engage in some of the poses that are practiced. This is because of the misconception that you can only benefit from yoga when you are able to do some of the most difficult yoga poses.

Being able to do some of the hardest poses does not automatically mean that you are good at yoga. The different yoga poses give you different benefits, so you need to choose poses depending on what you want to achieve. Doing the most complex and ‘insta-worthy’ poses is no guarantee that you will see the results you are after. 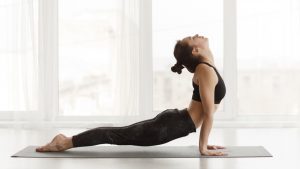 There Is Only One Yoga

If you do some research into yoga, you will come to know that there are actually different types of yoga that exist. The problem is that people are under the misconception that yoga is just one, i.e., all kinds of yoga are the same. The reality is that it is not a single practice because there is a horde of options to choose from, such as Kundalini yoga, Bikram yoga, and Hatha yoga.

All these myths and misconceptions about yoga have one thing in common; they all play on the insecurities that people have, and this can often discourage them from engaging in something that can offer them a myriad of benefits. Yoga may be a mysterious practice and might appear to be a bit intimidating in the beginning because you may not consider yourself flexible, but this does not mean that you cannot give it a try. Yoga is for everyone, no matter what their age, size, or gender, and can give you a great mind and body connection.

Knitting for Beginners (A Detailed Guide)

Yoga For Flexibility And Mobility (6 Poses With Pictures)

Yoga For Seniors (The Benefits And How To Get started)